Chilli is one of the most important spicesproduced and consumed in India. Around 30% of the total produce is exported as dried chilies as well oil extract.They are rich in vitamin A and C (ascorbic acid). Chillies originated in tropical America and are now grown almost in every part of the world. These are often cross-pollinated with an extent of 63 percent pollination via the principal pollinating agents- bees, thrips and ants. 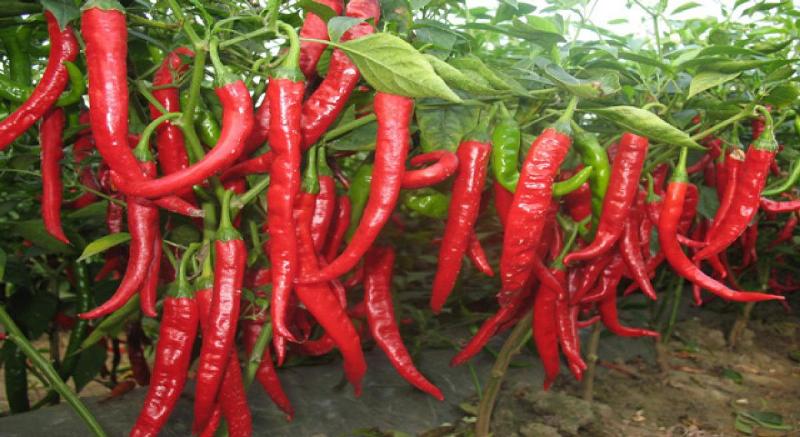 Such is the popularity of this spicy treat. India is the major consumer, producer and exporter of Chilli while Malaysia is the largest importer that imports Indian Chilies.

In India, Andhra Pradesh, Maharashtra, Orissa, Tamil Nadu and Karnataka are the major producers and include 70 percent of the total acreage of India. Chilli exports in value exports stood at Rs 4840 crore during 2019-20.Chilli is an important crop for India and is an essential raw material for many chilli byproducts.

While there is a major market for chilies, it has its own challenges and production constraints in the form of diseases that cause huge amount of loss to the farmers. The disease mainly affects yields by reducing the photosynthetic area in the early stages and reproductive parts in later stages of infestation, thereby impacting the yields.Diseases in chilli pepper plants include bacterial leaf spot, leaf curl virus (LCV), bacterial soft rot, pepper mosaic virus, chilli wilt, grey mould etc. Of these, chilli leaf curl virus is the most destructive disease of chilli in India, it can lead to 90 percent of yield loss in the affected fields. The LCV is transmitted by the whiteflies and in the affected plants causes the leaf to get curled and rolled resulting in stunted growth.

Scientists have been working on chilli hybrids for more than a decade to overcome the menace of this disease. Recently, the Indian Institute of Horticulture Research (IIHR) announced that they have developed chilli hybrids that are resistant to Leaf Curl Virus (LCV).

Out of 55 hybrids, 5 varieties have been showing consistent progress and these have been commercialized now. The private seed sector including the multinational companies are also showing interest in the hybrids. The chilli seed market is estimated at over 150 tonnes per annum. Of this, the hybrid seed market is around 100 tonnes and the open pollinated variety is about 50 tonnes.

We hope the farmers benefit from the varieties and earn profits. It is an encouragement to the scientific community to have achieved the desired result and will motivate them to carry their work for other crops, pests and diseases as well.