Minichromosomes are small structures within cells that contain very little genetic material but can store large quantity of information. By using minichromosomes, agricultural geneticists can add dozens of traits to a plant. These traits can be agronomically beneficial ones like drought-tolerant and improved nitrogen usage. Minichromosomal technology does not alter the genes of plants in any manner, resulting in faster regulatory approval and acceptance by farmers.

This technology provides a way to add genes to a synthetic chromosome in a sequential manner. Telomere shortening along with the introduction of site-specific recombination, which is when two molecules of DNA exchange pieces of their genetic material with each other, has proven to be an easy method to produce minichromosomes. 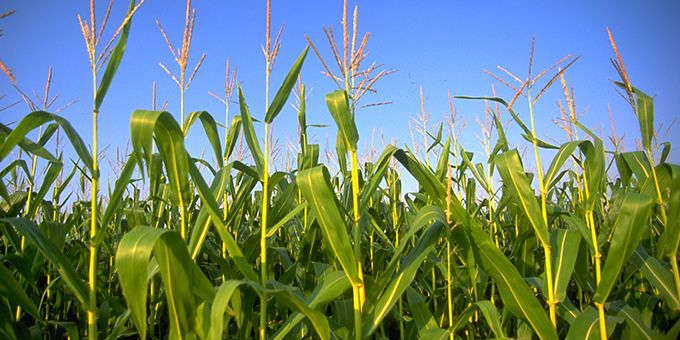 The potential for genetic engineering can be enhanced through technological advancements, for example, plant artificial chromosome technology, allowing for the management of a large number of genes in the next generation of genetic engineering. As a result of tools such as gene assembly, genome editing, gene targeting, and chromosome delivery, it is possible to engineer crops with multiple genes.

Through the above advancements in agriculture, both the herbicide resistant genes and the Bt toxin genes can be introduced into crops for effective weed control and insect resistance. As a result, the engineered crop will reduce the application of pesticides that are harmful to humans and the environment.

For farmers to meet the rising consumption demands, they will need at least 23% more agricultural product than they currently produce. According to estimates, the demand will rise by 50%–70% as a result of both population growth and changing dietary habits.

In existing agricultural methods, yield increases are typically achieved by regulating natural resource usage and are not too environmentally friendly. As a consequence, it is necessary to use new technologies to grow superior crops.

The use of genetically engineered crops has spread to major crop producing countries. Induction of Bt toxin and herbicide resistance genes from micro-organisms into plants has changed agriculture, causing weeds to be controlled effectively and chemical pesticides to be reduced. Agriculture has undergone the most significant development in the past century and genetic engineering is poised to become the primary method for meeting the growing demand for agricultural products in the future.

Results of such technology are Arctic apples, which are among the first food crops to gain attention of consumers with benefits like non-browning and protecting its flavour and nutritive value.

Potato varieties that are genetically engineered to resist potato blight can help reduce the use of chemical fungicides by up to 90 percent, reducing the environmental impact of potato farming. In addition, potatoes will have reduced bruising and black spots, improved storage capability and a reduced amount of a chemical which develops when potatoes are cooked at high temperatures and could be potentially carcinogenic.

Researchers have shown that changing a gene that makes plants grow better, regardless of growing conditions, reliably increases corn yields by 10%. The newer varieties of genetically modified corn are drought tolerant, produce greater amounts of ethanol, and have higher lysine content. These plants are insect resistant, herbicide resistant, and drought resistant.

GMO soybean oil has no trans-fat and more monounsaturated fats, which are considered for healthy heart. Herbicides and insects are also tolerant to the new soybean variety.

In Hawaii, genetically modified papaya varieties known as Rainbow and SunUp have been developed to resist papaya ringspot virus.

The genetic modification of summer squash and zucchini has been helpful. Most GMOs are designed to be resistant to herbicides or produce insecticides, whereas GMO squash is designed to be resistant to certain types of viruses. Most of these viral diseases are caused by the Zucchini yellow mosaic virus. Because it is related to ringspot disease in papayas, it is transmitted by aphids and makes infected plants produce small, unhealthy fruit.

In terms of acreage, alfalfa ranks fourth behind corn, soybeans, and wheat in the United States. Due to weed infestations, alfalfa yields are reduced, forages are of lesser quality, and insects are more likely to invade. It is engineered to respond to the herbicide Roundup, allowing farmers to spray the chemical on weeds without harming the plants.

Genetic modification is frequently used to improve the quality of canola oil and boost the plant’s tolerance to herbicides. The United States grows over 90% GMO canola crops. Plants that grow canola produce oil and meal, which are commonly used for animal feed.

Bt cotton produces an insecticide to combat bollworms, one of the crop’s primary pests.

The current application of minichromosome technology is to allow stacking of genes involved with herbicide tolerance and pest resistance genes. Plants could gain new properties or synthesize new metabolites in the future with the addition of entire biochemical pathways. Minichromosomes can be produced in most plant species for a wide spectrum of new applications.