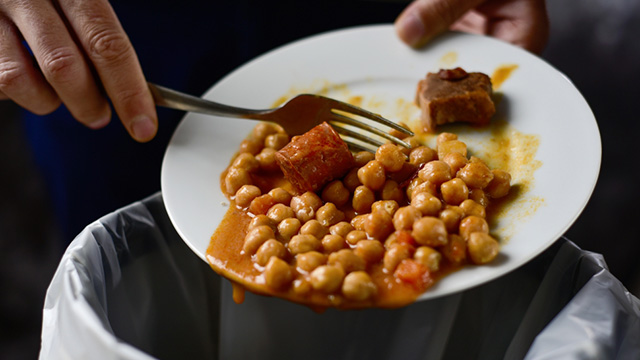 Even as India struggles to feed it’s growing population, the country has been witnessing a significant amount of food wastage. It is estimated by the UN that nearly 40 % of the food produced in India is lost before it reaches the consumers.Due to lack of modern harvesting technologies and cold chain infrastructure (harvesting, transporting, processing, packaging and consumption), India witnesses close to 4.6-15.9% wastage in fruits and vegetables annually. The wastage levels in other perishables is also significantly high – 5.2% in inland fish, 10.5% in marine fish, 2.7% in meat and 6.7% in poultry meat. Further the estimated annual losses of agri produce currently stands at INR 92,651 crore and value of losses in F&V, meat, fish and milk stands at INR 58,478 crore.

This is a huge impact on the economy and to tackle it, there should be an awareness and understanding of agri-logisticsbeing an utmost priority of the system rather than a buffer against local demand. A late harvest also results in losses from attack by birds and other pests. Therefore, adoption of technology – mechanized or semi-mechanized systems for operations such as harvesting, threshing, drying, etc.will help in cutting the working time, increasing production by reducing the labour required and exploiting the land to better advantage. There is also an increased interest in research for new business models, policies and technologies that could help address the inefficiencies that results in the waste.

One big step in this direction has been taken by the SAVE FOOD initiative, a joint venture of the Food and Agriculture Organization of the United Nations (FAO), the United Nations Environment Programme (UNEP) and Messe Düsseldorf to fight global food waste and loss.  With funding from the initiative, a study has been conducted by FAO in Andhra Pradesh on the food supply chains of rice, chickpea, milk and mango. The study indicated a need for capacity building at different levels of the supply chain along with investment in large storage facilities and related infrastructures.

In 2017, the Government of India announced INR 3,100 crore new integrated Cold Chain Projects to create a national grid across the country for addressing the stock piling concerns for perishable commodities. Since then 1303 cold storages with a total capacity of 45,62,860 Metric Tonnes (MT) have been established in the country under the schemes declared by Ministry of Food Processing Industries and Department of Agriculture, Cooperation & Farmers Welfare (DAC&FW).

The 2020 Union Budget also recognized the need for infrastructure development in the supply chain and the Finance Minister of India, Ms Nirmala Sitharaman announced the cold storage challenge in the country. With an estimated investment of ₹21,000 Crores for upgrading cold storage in India,a capacity of 162 million metric tons of cold storage, reefer van facilities etc have been identified.

Under this budget the government also announced the Krishi Udaan Yojana for safe transit of perishable goods for both National and International routes, setting-up Kisan Rail for quick transportation of Farm produced goods across the country and providing viability gap funding for warehousing.

Financial assistance for entrepreneurs has paved the path for start-ups to embrace this issue as an opportunity. One can see a rise in innovative methodology in biogas plants using waste from fields (such as crop stubble), automated waste re-processors and end-to-end food waste management services. Startups are also focusing on converting food waste collected from various hotels and restaurants into nutritious fertilizers through fermentation.

While these are relevant steps towards food waste reduction and management, there still remains a scope to increase awareness on the causes, impact and approaches. A common platform for information sharing is required to encourage dialogue between various stakeholders. This will also enhance adoption of good practices and boost alliances and synergy of initiatives.